I write about the differences that still amaze me today between Vic, Barcelona, where I was born and grew up, and Massachusetts, where I currently am. I write poems that illustrate my most intimate thoughts through words.

A brief compilation of my stories

Writings I use to illustrate my thoughts into words

“Tony, where are they? It’s always the same! Come on!”. Yes. Mum always used the same words each day. Every day the same little problem. But she’s fed up, and cross, and sad. Why cant her son take his clothes and carry them into the laundry basket?
One day the underpants are under the bed and Tony cannot see them. Another day he takes off his socks on the sofa and there they stay, another day his mum finds socks behind the bed... it seems impossible for Tony to carry all his clothes into the correct place!
Mum starts asking, then shouting, then...finally she starts crying! Hey! Tony didn’t expect this reaction! Poor mum! I don’t want my mum be sad! I don’t want to make her cry! But what can I do, if I get distracted? Is not as bad as it seems.
But let me think... maybe if I call Flynn and I tell him the problem...
“Hi, Flynn! I’m Tony! Can I come to your house?” Everyone is wellcome in Flynn’s house, and Tony knocks on the door quickly and explains the problem.
“I’m really distracted. Although I think it’s not very important to leave my clothes wherever, and then I don’t remember where they are and my poor mother started to cry today. I don’t understand. What do you think about it, Flynn?”
“It’s not serious” replies Flynn, “but it must be quite tiring, always following you around asking you to do the same things, and realising you don’t pay any attention. Adults love order. Do you like to find your tools in the correct place? If you don’t put them in order, they are never going to be in the right place”, answers Flynn, who understands Tony’s mum perfectly.
Finally Flynn accepts to help Tony, it will be the only way to keep his mum happy.
After a few days, Flynn phones Tony. He can come to pick Flynn’s new invention.
Tony couldn’t believe it! Flynn made a... rocket!
“Uauuuuu! I love it! it’s so cool! After all, I wanted some invention to help me finding my lost things, and not a super brilliant toy! but, thank you!”
Without waiting for Flynn’s explanation, Tony went straight home, to play with his new toy. But... it was so strange! Flynn always made cool inventions, and this rocket seemed to do nothing! no noise, no flying... nothing! After a while, Tony was tired of the rocket and left it on his room’s floor.
“Tony, where are they?” It’s always the same! Come on!”. Yes. Mum and the same words every day. As always Mum was cross.
Suddenly, Tony and his mum heard a loud noise.
And a whistle.
Both ran quickly to Tony’s room, where the noise was comning from and they see the rocket, making noises and light flashing, right over the underpants Tony was unable to find!
Mum was so scared, but Tony quickly understood: Flynn had made a tracker rocket!!!!!
Whem mum had asked Tony to put all his clothes into the laundry basket the rocket switched on, and looking in the most unbelievable places found the missing clothes.
The first day, the rocket found underpants beside the bed, second day, a sock under the sofa. The rocket helped Tony take all his clothes to the laundry basket. And mum was not cross. She was happy.
The days passed by and Tony didn’t need the tracker rocket help. Being an adult means you have to be responsible, knowing what’s good or wrong, and learning to help with the housework.
Flynn saw Tony walking to his house.
“Hi, Flynn!”, said Tony, happy to see him. “I can give you back the tracker rocket. It was perfect for me, but I am grown up now and I don’t need it to help me find my clothes. Maybe somebody else could use it.”
Flynn understood Tony had grown up a lot. Only older kids know not to always think of yourself but of others. They know other people need help.
“That’s perfect”, thought Flynn, “when children grow up they learn to help. His mother must be so proud of him.”
And they went together for a walk, eating an ice-cream. Meanwhile, the tracker rocket went back to Flynn’s house, ready to help another child.

Jules has a friend who is always sad. His name is John. John isnt very popular at school, and he is always trying to look like someone else more friendly, or more clever, even more handsome. But nobody notices him, and he has become more and more sad. One day, after reading a comic, he had an idea that he thought was brilliant: he’ll be a superhero! After thinking which kind of superhero he would lile to be, finally he decided to be Chewinggum man!
He taped lots of pieces of chewing gum on his body, thinking many children would ask for one and also he could climb up the walls without falling. But what happened was that the chewing gum stuck everywhere and there was so many little pieces of it everywhere!  So he decided Chewinggum man was not the right superhero. He decided to become Spikeman!
He took a giant cactus, he removed all the spikes, and put them in his pocket. He wanted to catch bad men using the spikes as weapons. But the only person injured was himself when he went to take them out of his pocket. John always spiked his poor hands. One day he even injured another boy who cried for hours! So, he thought Spikeman was not a good superhero, either.
The third superhero John invented was Fartman!
He would do smelly farts, which would scare the thieves. But in reality the farts scared everybody! Good or bad people, nobody could be that close to that nasty smell. So, another superhero had to disappear. Poor John!
Finally, he decided to become Potatoman!
He would disguise himself as a potato, and he would hit the bad people. But after crashing into a tree, (a potato disguise is not easy to wear!), everybody made jokes of him, he decided to give up.
John had no more ideas for superhero.
Next morning, Jules saw John in his garden. He was under a tree, playing with his little sister, Rachel, who was learning to walk. John took care of her, he hugged her, held her, and was laughing with her. John was the only person who Rachel wanted to be with!
When Jules aproached them, poor John became sad once again.
“Jules, I failed trying to be popular, somebody who everyone loves and envied by everybody! I wanted to become a superhero but you see I have become a superdisaster”.
John said this in such a sad voice with such a look on his face, he looked like the saddest person in the world.
“John, do you really believe your sister thinks you are a superdisaster?” asked Jules.
“Eh...?  Rachel is so young, and I love her very much, but I wanted to be a popular famous person at school!”, answered John.
“What does it mean to be famous? That everyone recognises you? That everyone envies you? Do you really think this is the way to be happy? I’ve been watching you play with Rachel. Now, John, you were happy, really happy. Rachel and you side by side, sharing this moment. I also know that solving maths problems makes you happy and that you are also happy when we play football, when your mother kisses you, and when your father hugs you. What else do you need to be happy? To have somebody you don’t know wanting to say hello to you in the middle of the street? Why? Why do you think you’ll be happier, that way? Why do you need to be somebody you are not? You are not a superhero, and you don’t need to be. You are my friend, and I want you to continue being yourself. You have what you need to be happy in your hands. Take it and don’t let it go”
That night, John was thinking about what Jules had said. Yes, he was happy quite often, and he hadn’t realised.
Next morning, when John entered the classroom there was different about him. He walked without dragging feet on the floor, even his smile and the colour of his face had changed, he was cool. He sat down close to Jules. They looked at each other, smiling, and they made a special hello sign with their fists. That special hello  that only real friends can do.
Then they both turned to the teacher ready to listen to the first lesson of the day.

Stories published in children’s magazines. Tales that awaken the imagination, that take you into imaginary worlds, that you discover with a broad smile. 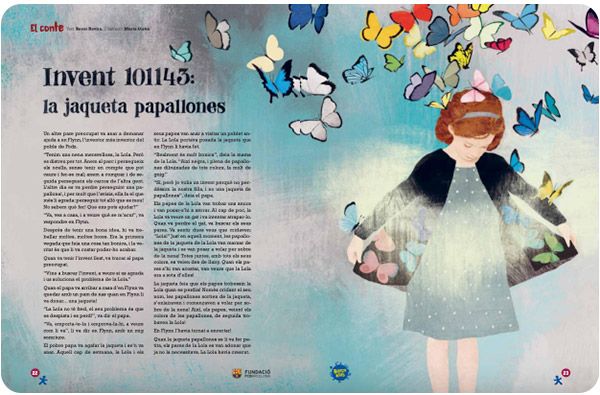 I write periodic opinions, commenting on the differences that still amaze me today between Vic, Barcelona, where I was born and grew up, and Massachusetts, where I currently am. 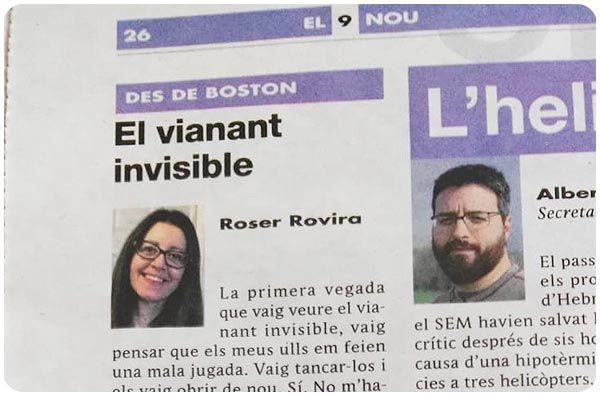 Stories and poetry, illustrating with words my feelings about myself and about others. 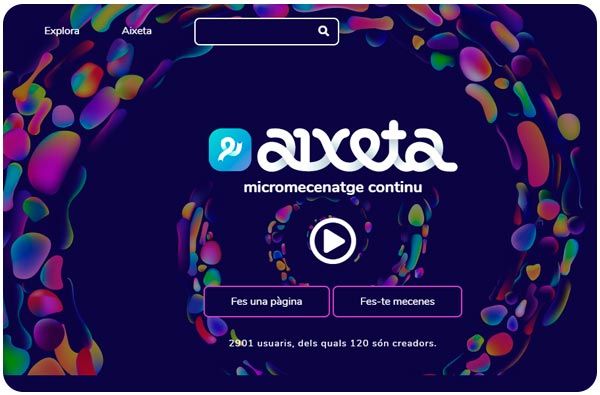 Memories with my grandmother, who forgot things because of Alzheimer’s.

Stories about my experiences as a mom across the ocean in a different country.

Three magical girls born inside a water lily. What can happen to them? 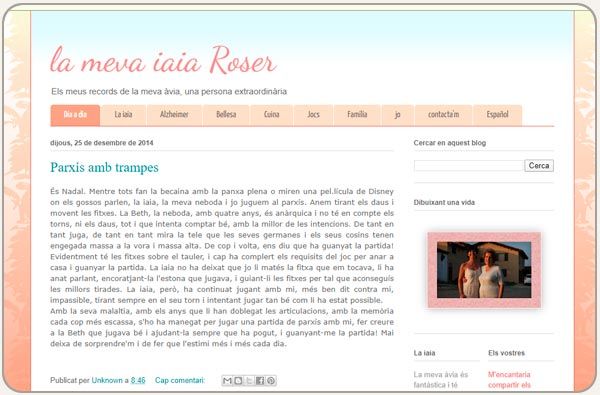 In Elementary and Middle schools I talk about what the writing process is like, and I tell them tales written by me. 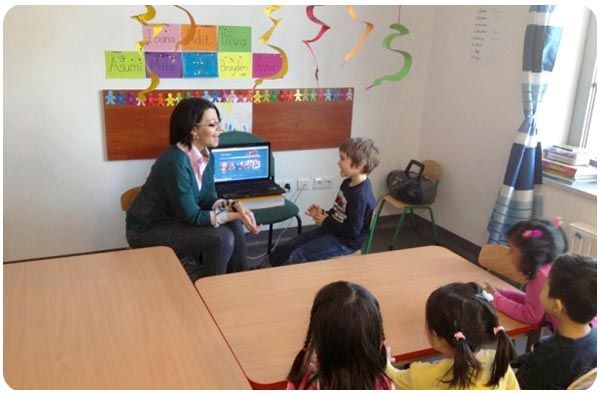 In the newspaper ara.cat they recommend my audio tales! 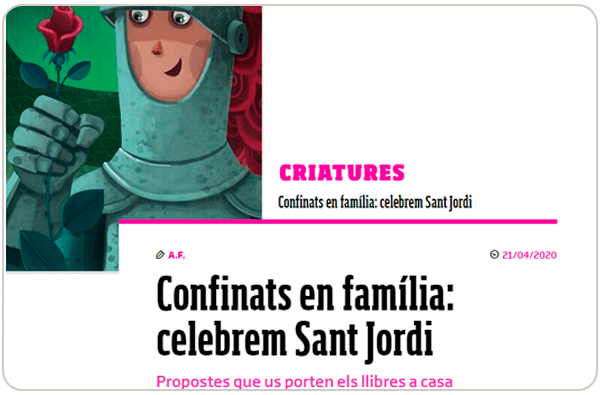 Who am I? Where do I come from? How did I become a writer? Interviews, confessions and curiosities that I tell whoever wants to listen to me … Or read about me! 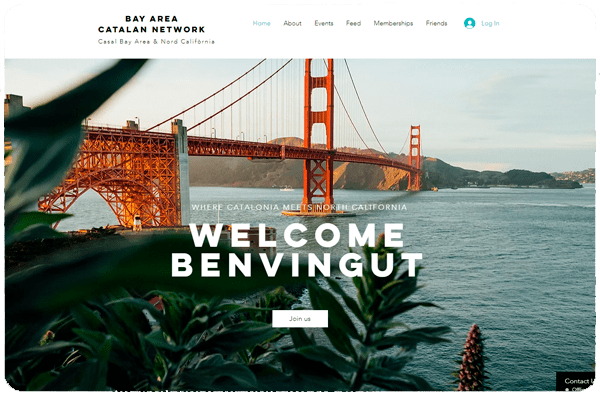 My relationship regarding alzheimer, the disease that took away my granny, from who I learned a lot, who forgot everything and who I remember every day. 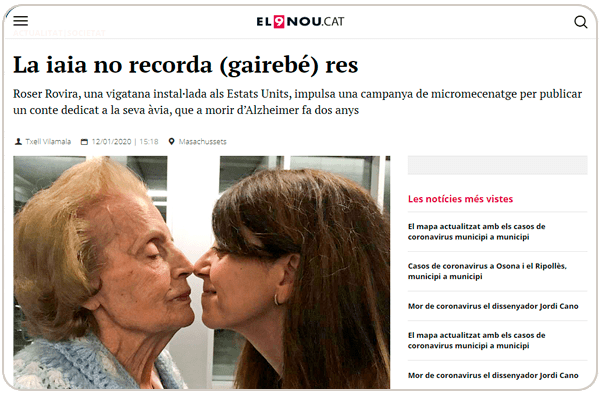 I write about little pieces of myself or my environment. Tiny pieces of thoughts, memories, feelings. 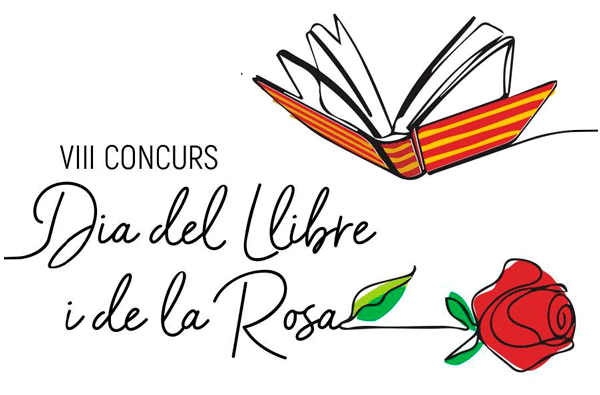 You want to know more about my stories?

You want to know more about my stories?

Any cookies that may not be particularly necessary for the website to function and is used specifically to collect user personal data via analytics, ads, other embedded contents are termed as non-necessary cookies. It is mandatory to procure user consent prior to running these cookies on your website.